A blog on web development

Below are the list of most frequently asked interview questons related to C programming. It almost covered all the topic. Beautifully explained with suitable short examples that helps you in basic understanding of C programming.

What is the use of getch() in C program?

So, basically what it does, it pauses the program output until user doesn't enters a key. When we use this function at the end of the program, the function makes the program wait until a key is entered by the user. Once, the user enters the, the program returns to the editor screen.

The return type of getch() function is integer. It returns the ASCII value of the character that is entered by the user.

We can understand the above properties of getch() function by the following C program.

Now run the program in turbo c++ editor, and enter any character. You will see the ASCII value of the character returned by the Compiler. say I type a, it will retyurn value of a, that is 97. If I type A, ut will return 65.

What is the return type of printf() function in C?

Answer: The return type of printf() function is integer. and it returns the number of characters it has printed on the console.

Where does printf() function is declared in C?

The printf() function is declared in stdio.h header file. It is a predefined formatted funtion.

Where does scanf() function is declared in C?

The scanf() function is declared in stdio.h header file. It is a predefined funtion.

What is the difference between getch() and getchar() ?

What is the difference between getch() vs getche() ?

Getch() and Getche() has more similarities between them. Both are functions defined in conio.h header file and returns the ASCII value of the character entered in the integer format. Their function definition are int getch() and int getche(). Getch() and Getche(), both are non buffred function, that is it retuns the character as soon as entered, the user doesn't have to press Enter key. One more similarity between them is both reads from Standard Input Stream only. The only dfference between them is mentioned below.

What is the difference between getchar() and scanf() ?

What is the difference between getc() and scanf() ? 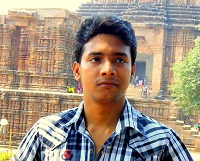 Reach to me in the contact us form below